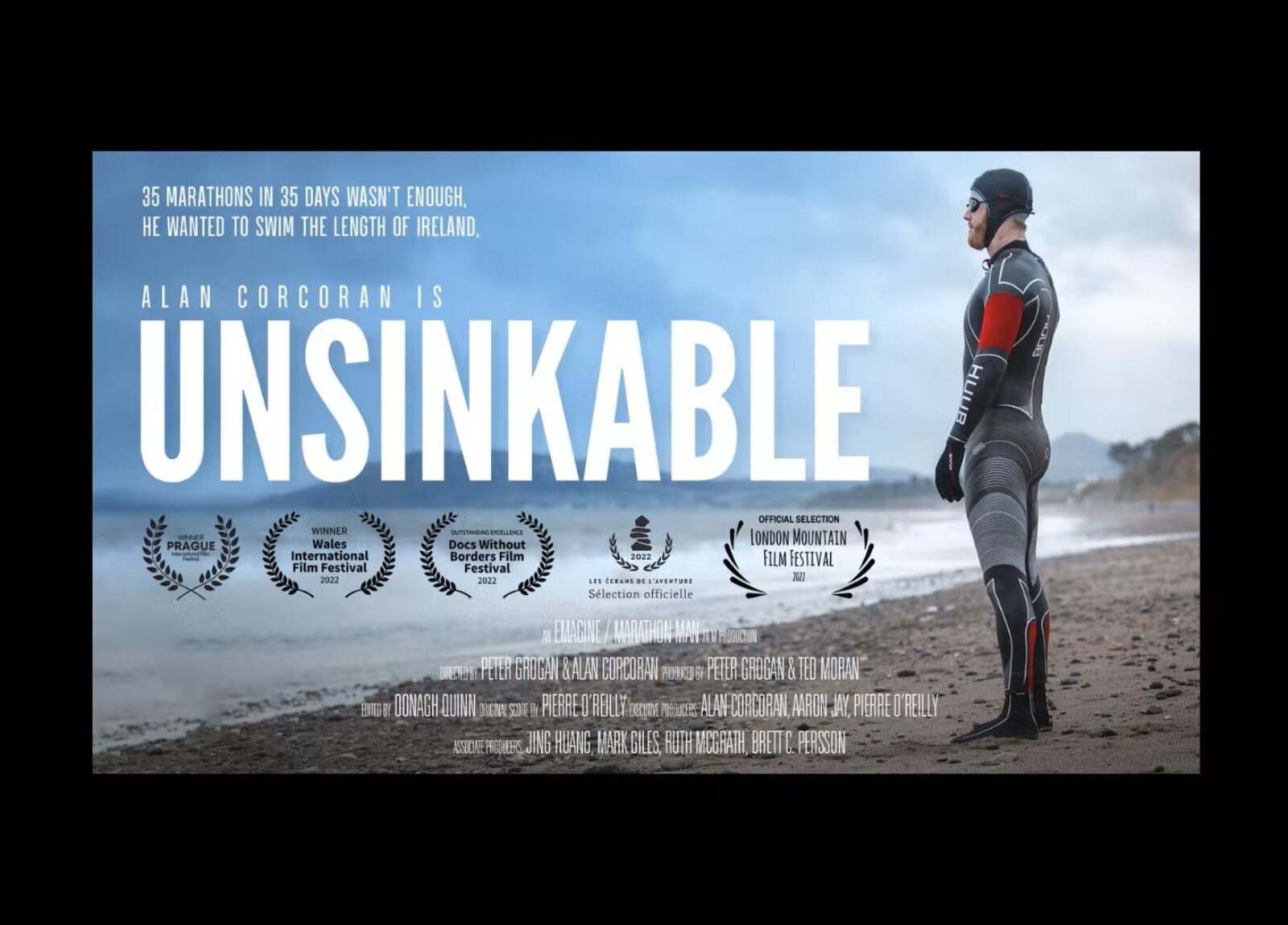 Alan Corcoran is a Canmore resident. His 500-km length of Ireland sea swim film has all the hallmarks of a fascinating documentary. Unsinkable explores a person's journey through grief, channelling negative emotions into a meaningful, hopeful, inspiring adventure.

Since starting his film festival tour in May 2022, Unsinkable has made the Official Selection for twelve film festivals across eight countries and has won three awards.

Our ArtsPlace screening will be Unsinkable's Canadian Premiere.

The evening will include a thirty-minute selection of award-winning short swimming films, followed by the sixty-minute Unsinkable Premiere and a Q&A with the film's subject and Director, Alan Corcoran.

Thank you to our Supporters